A developer’s capabilities can improve exponentially with the tools they use. It is not enough just to know a programming language or a framework, but also the tools that come with it. A lot of the dev tools have been created by developers to solve their own productivity lapses while coding. In today’s article, we will look at 7 dev tools powered by AI that are definitely going to up your productivity while coding. 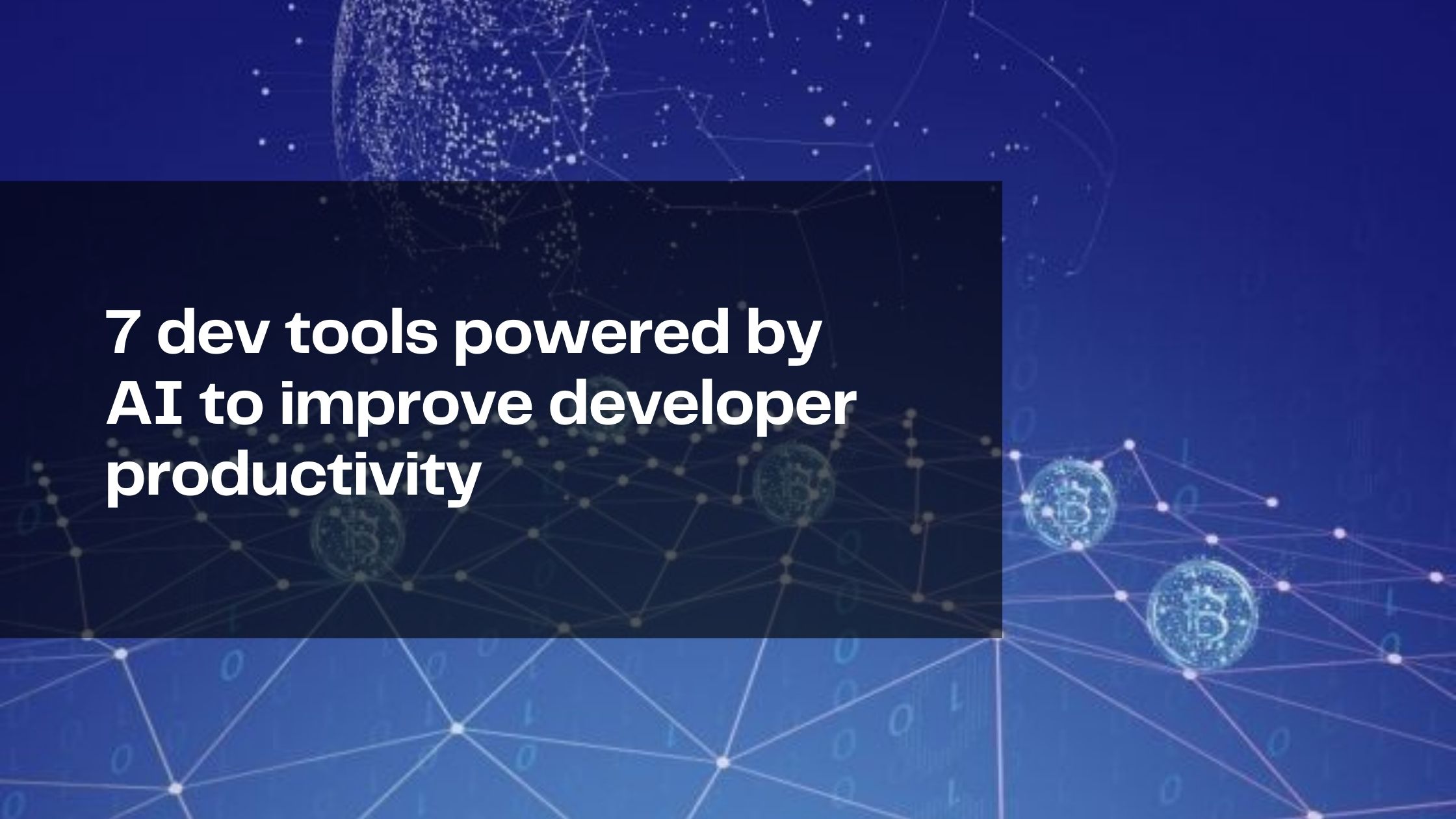 AI Python Docstring Generator is a VSCode extension to generate docstrings for Python functions. It is forked from the popular Docstring Generator extension for VSCode and uses NLP to summarize the content of a function into a docstring. This extension cannot be run on its own; you also need to set up the model inference server which can be run as a Docker image.

Quod AI Code Commenter is another VSCode extension that can quickly generate comments for any code snippet. Just highlight the code and click “Generate comments''. Quod AI’s extension works out of the box after installing it from the VSCode marketplace.  It supports languages beyond Python like Java, JavaScript, TypeScript and Ruby.

GitHub recently announced a brand new addition to their GitHub ecosystem called Copilot. It is your very own pair programmer that works on AI. It codes along with you and can suggest lines of code or even entire functions. GitHub says it has been trained on billions of lines of public code and is available as a VSCode extension. It is currently in technical preview and will support several languages and frameworks.

Quod AI Code Search is an AI-powered Chrome extension that automatically searches for code from Git repositories or from Jira issues. It uses the title and description of the issue and automatically finds matches in your Git repository.

In addition to search, the extension also helps you navigate code files more easily with its code intelligence menu. After enabling it, you’ll find an outline of all the functions in the file along with topics and tags.

Check out the example above which shows how to find if an account is registered in the sample JHipster code repository analyzed using the Quod AI Chrome extension. Imagine having a very large file and not knowing where to start looking for something. With this extension, search is simplified and the answer is presented to you within seconds.

Free. Install from the Chrome store.

Kite is a code completion tool that uses AI models trained over 25 million files to predict completions. It supports over 16 different languages and 16 code editors making it a very versatile option for any developer. The code completion is also context-aware which means that it recommends code based on the other variable and functions that you’re writing from.

Debuild is a tool that is made from the OpenAI GPT-3 API. GPT-3 is OpenAI’s first commercial product that provides an API to developers to build very powerful applications using the GPT-3 model. The GPT-3 model is latest OpenAI model, and its most powerful yet, powered by 175 billion parameters.

Typing in what you require in plain english will produce the output that you want in code along with the ready-to-use application. There is very little information available about how it works exactly, but you need to sign up and use a Google form to input what you want to build. This tool is still in very early stages of its development and might not be very polished.